Greece finally has given the green light for the F-16 Upgrade program to start!

Greece on 30th of April 2018 singed the Letter of Acceptance (LOA) for the Viper Upgrade program, after a decision was made during the Saturday’s (28 April) last-minute KYSEA (Goverment Council on Defense and Foreign Policy). It took almost 6 months of negotiations between the Greek Goverment and the USAF (which is the prime guarantor for the progress and supervision of the Upgrade Program) until a contract was signed to upgrade 85 of the 154 F-16 to the latest Block 70/72 Viper variant. Total cost of the program is around 1.45 billion $.

Specifically a single F-16 Block 50+ (which previously has been used as a prototype for the latest Peace Xenia III program) along with 30 F-16 Block  52+ Advanced and 54 F-16 Block 52+ will be upgraded during a 10 year period. In August the first Greek F-16 will arrive in the United States of America to become the testbed aircraft. During a 2 year period the first aircraft will conduct operational tests to verify the functionality of all its sub-systems. Approximately 12 aircraft per year will be delivered by the Hellenic Aviation Industry (HAI) between 2021-2028.

The main modifications include: 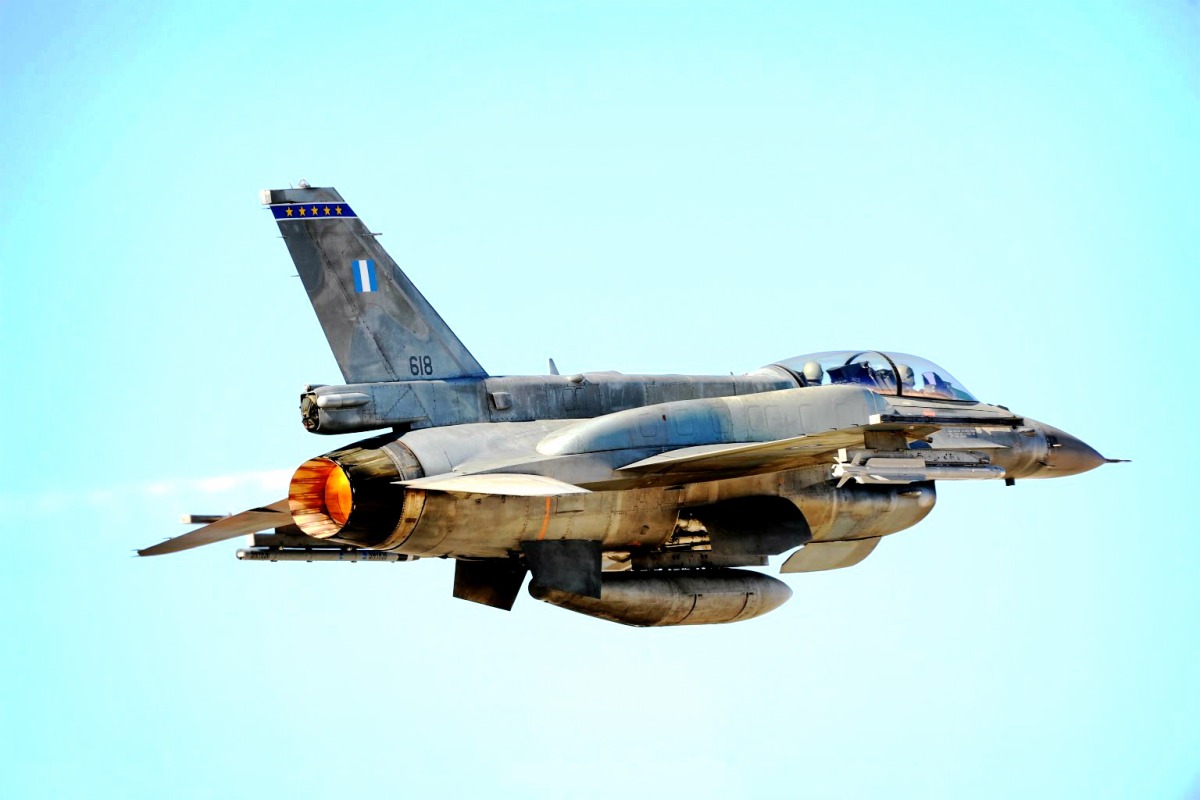 While the Greek program will cost in total around 1.5 $ dollars, including spare parts for a long period, training and integration of the new systems, an undefined yet amount of it will be paid by the FOREIGN MILITARY FINANCING PROGRAM and specifically the 460 million dollars OCO/GWOT which is under the «Countering Russian Influence» section

You can find the proposal funding by the American Congress in the link below:

EXPLANATORY STATEMENT SUBMITTED BY MR. FRELINGHUYSEN, CHAIRMAN OF THE
HOUSE COMMITTEE ON APPROPRIATIONS, REGARDING THE HOUSE AMENDMENT TO
SENATE AMENDMENT ON H.R. 1625

While this fund is included in the 2019 Fiscal Year (maximum 460 million $ dollars), no payment can be done before by the American Government approves the 2019 budget, so the Greek Goverment will send the following month the first installment of the payments (around 223 million $). In addition the American side agreed on a longer and more fair payment period than previously proposed.

Too late, too little?

While the upgrade program is a positive outcome after a long period of inaction, the Hellenic Airforce chose to upgrade only its latest delivered aircraft (85) leaving almost 70 older aircraft at current state.

This was done due to limited resources and is acceptable.

The new Viper model will have the following new capabilities:

-longer detection range due to the new APG-83 AESA

The main goal of the Viper  program is to provide a low-cost interim solution until the Hellenic Airforce (HAF) have the financial resources to obtain 4th/5th Generation Aircraft. The total period of the program is 10 years which could not categorise it as interim solution but probably as a long-term solution . During that time (until 2028) the main adversary which is the TuAF (Turkish Airforce) will probably receive 60-80 F-35 A/B, having operational 40-60 of them. The Turkish Airforce (TuAF) has already 200 F-16s CCIP (APG-68 v9 and link 16) and is also obtaining four EW Jamming aircraft under the «Shadow» project.

-The APG-83 AESA radar can give the edge against the turkish F-16 CCIP but it could not be a threat against the stealth F-35A and its Low probability of Intercept APG-81 AESA radar. The turksih F-35s will see first and probably guide (sharing through link 16, same mission will also have the longer range E-737 T Wedgetail AEW & C) the numerically superior turkish F-16 CCIP which will face the Greek Vipers.

Even if it was early identified not only by our site Defencegreece but also by the former Lieutenant General Theodoros Giannitsopoulos ( check Upgrading the F-16s: A Former Lt General SOS and also the Lt Colonel K.Zhkidis (Fotis Pantazoglou interviewing Lt Colonel K.Zhkidis) that the IRST systems will play a significant role in future air-to-air combat, no option has been included for installing a nose-mounted IRST like the Skyward G-IRST (high cost, maximum performance) or at least a Legion Pod (IRST 21 sensor) carried externally (drawback is the bigger drag but has lower cost). Without an IRST system the probability of kill of an AMRAAM missile (X-band seeker) against a turkish F-35 (specifically designed to have the smallest RCS in the X-band) is small to none ( terminal MPRF mode of the seeker is activated approximately 7.5nm from the target). The APG-68 v9 radar compared with the active radar seeker of the Amraam while  having a much greater power output, Antenna Gain and singal processing  can possible detect an F-35 at only 8-9 nm .

The next alternative weapon of choice for the Greek F-16 Viper is the AIM-2000 (IRIS-T) missile which has a maximum range of 25 km (operational range is lower) and uses heat-seeking terminal guidance. The F-35 in that case has one of the bigger heat signatures in the Aegean Theater. Problem in that case is that except some opportunity shots, the turkish F-35s might be able to engage beforehand with its BVR (AIM-120C/D) missiles.

The interesting part is that the Lockheed Martin has already integrated the french  Magic 2 missiles in the Block 70/72 variant to cover the requirements of the Indian Airforce (F-16 Viper is offered to India and is a contestant for the Single-Engine Fighter Competition Make-In-India initiative ). A french missile like Magic 2 integrated in the avionics of an American aircraft is not technically impossible. And this was done for the India contest. 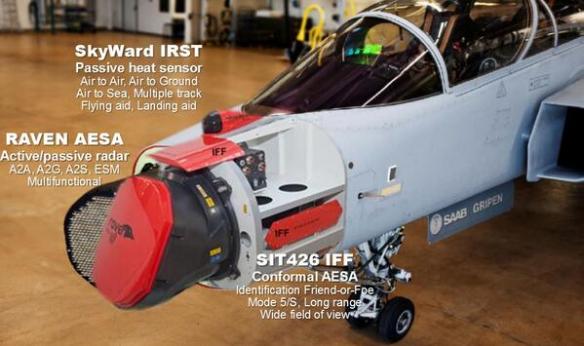 Magic 2 missile wouldn’t provide any real advantage against an F-35. But the question is would a MICA-IR be a candidate choice? The MICA-IR is a very agile missile (capable up to 60 g maneuvers) and has a maximum range of 50 km. It could make the difference when used in BVR combat because its passive IR seeker doesn’t alert the target aircraft in the terminal phase of the engagement and also the F-35 has a rather visible heat signature. Also under the MICA-NG program, a new future booster will be used which will give a +50% range. Equipping the F-16s with a heat-seeking BVR missile will also require the installation of an IRST system providing tracking data. Also it is rumoured that the UAE’s F-16 Block 60 E/F are also using the MICA IR/RF missiles.

-As for the air-ground and air-surface weapons, nor the PGK SDB-II neither the AGM-158 JASSM cruise missile will be integrated. While the HAF creates a 85 strong core of advanced network-centric F-16 Vipers, it doesn’t upgrade their weapons lethality.

Also around 2025, most of the 18 Mirage 2000 EGM/BGM which now form a TASMO (anti-ship) squadron will need to be retired. Existing AM-39 Exocets are not compatible with the F-16s. So probably the HAF while retiring these aircraft will retire its TASMO capability or some F-16s need to take the TASMO role (other missiles need to be procured like the norwegian NSM). Under the current signed Viper Upgrade program, no such option has been included.

In conclusion, the core of the HAF for the following decades will still remain the venerable F-16 in its more advanced version (Block 72) with new AESA radar and advanced avionics. This program alone reduces the future technological gap but not at that point that the balance is restored  between HAF and TuAF.

PS. The funding (max 460 million dollars) by the American Congress proposal under the «Confronting Russian Influence» program would make someone very cautious. No one give you a free gif. There is an old greek saying «Beware of  Danaous (ancient greek tribe) bearing  gifts»…

5 thoughts on “Greece upgrades 85 F-16 to the Viper level, partially financed by the USA !”